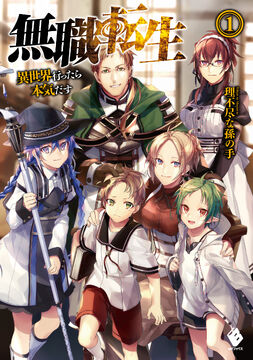 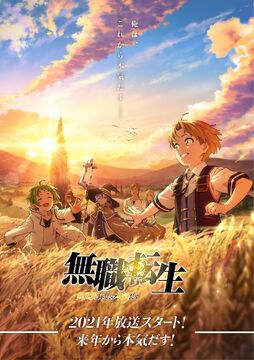 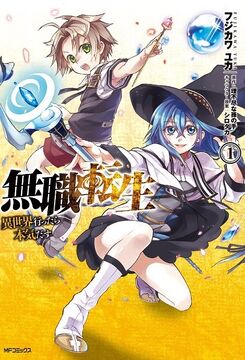 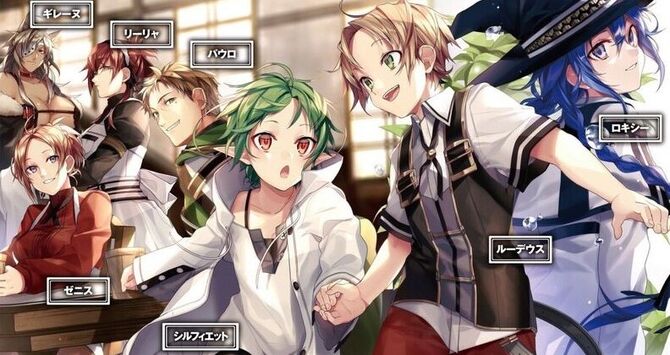 Learn about the light novel series

Get more information about the anime adaptation

Learn about the manga adaptation

Get to know the characters.

Getting started • Help pages • FANDOM University • Things to do • Administrators

This wiki is dedicated to the Mushoku Tensei light novel series and its subsequent adaptations. We are striving to turn this place into a reliable source of information for the series, but to do that we need your help! This wiki is being constantly updated and we encourage you to join us on our task to expand this wiki with new articles and improve older pages with valuable edits.

Anonymous editing has been disabled for this wiki. To contribute, you must login or sign up for a free account. After that, you can get started and help out by editing typos, work on article stubs or leave feedback in comments and talk pages. You may also consider creating wanted pages.
If you need help, you can refer to the Help pages, FANDOM University or ask an admin.
Links
Mushoku Tensei: Jobless Reincarnation (無職転生 〜異世界行ったら本気だす〜 Mushoku Tensei: Isekai Ittara Honki Dasu, lit. "Jobless Reincarnation: I Will Seriously Try If I Go to Another World"), abbreviated as Mushoku Tensei (無職転生), is a Japanese light novel series written by Rifujin na Magonote with illustrations by Shirotaka. The series originally started as a web-based novel series on November 22, 2012 uploaded by the author on the website Shosetsuka ni Naro; following its success on the site's popularity it was acquired by Kadokawa within the following year under their publishing house Media Factory, and officially began its publication as a light novel series on January 23, 2014.
SYNOPSIS

An unnamed 34-year-old Japanese NEET is evicted from his home following his parents' death. Upon some self-introspection, he concludes that his life was ultimately pointless. Walking down a street he intercepts a speeding truck heading towards a group of teenagers, in an attempt to do something meaningful for once in his life he manages to pull one of them out of harm's way before getting himself in the way of the truck and dying. Awakening in a baby's body, he realizes he has been reincarnated in a world of sword and sorcery. He resolves to become successful in his new life, discarding his past identity for his new life as Rudeus Greyrat. Due to inherited affinity and early training, Rudeus becomes highly skilled at magic with help from his previous life's intuitions. During his childhood, he becomes a student of a demon magician Roxy Migurdia, a friend to half-elf Sylphiette, and a tutor to noble heiress Eris Boreas Greyrat. Rudeus tries his best to live this new life with no regrets to leave behind.

Only October 3, 2021 until the premiere of anime second cour.

Only September 25, 2021 until the Japanese release of Light Novel Volume 25 (Physical).

Only November 16, 2021 until the English release of Light Novel Volume 13 (Physical).
The Mushoku Tensei Wiki has its own Discord server where you can connect with fans! Click on the respective icon below to join us: 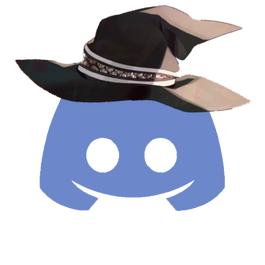 Please read the requirements before requesting affiliation with the wiki.
Community content is available under CC-BY-SA unless otherwise noted.
Advertisement